The Mercedes Benz CLS and the Mercedes Benz E-Class are among the top ten most stolen cars in Great Britain. Many of us wouldn’t have guessed that such a sophisticated model of car would rank in the top ten, mainly due to the number of high-tech security features that it boasts.

Does Keyless Technology Put Thieves in the Driving Seat?

In the past, car theft mostly occurred because of the owner’s lack of attention and poor choices. For example, leaving car keys available for the taking, or simply forgetting to lock the car door. The number of car theft victims would also expectantly increase during the winter months, as owners would typically leave their car engines running unattended on their driveway as a method of de-icing. ‘But I was only gone for a minute,’ would be a frequent excuse.

Thieves were not clever, just opportunists.

Over the last few years’ car theft has decreased massively, in fact it is now at its lowest rate for over 50 years. This is mostly due to the security features that are present in the newer models of cars. For example, the E-Guard Mercedes model features anti-theft technology and is even resistant to violent attempts at breaking and entry.

Now, for the bad news.

We have to give modern car thieves a bit of credit; they are clever and they have even outsmarted Mercedes manufacturers. They are no longer opportunists, they are tech savvy. Whilst overall car theft has decreased, keyless car theft continues to rise. Sophisticated thieves are able to target car models that use keyless entry systems, making models such as the Mercedes SLK a prime target.

So how can you protect your vehicle?

Say hello to Phantom’s iTrackOBD. This clever tracking device can help you to secure your car and gives you the peace of mind that you deserve. The iTrackOBD has the same services that Phantom’s standard tracking model provides: The 24 hour control centre monitors your vehicle’s alerts around the clock,

For more information, call us today on 0161 219 4299 to find out more about iTrackOBD and iTrack2OBDPlus.

Thief in the Driving Seat? of your Mercedes 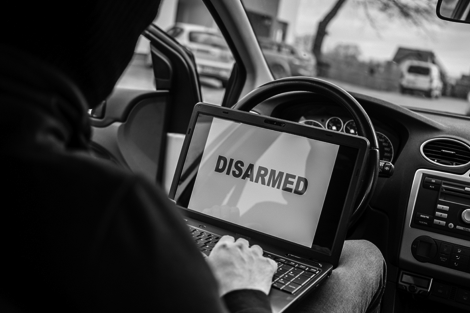